My mum recently came across the very first book I wrote – I was very insistent that it was a book, not just a story – just before my fifth birthday in March 1980.

It’s got an amazing Freudian twist in the middle.

There was a dragon. He had a birthday – red candles. Once he was walking out in the forest and he had his party on September 1st. Then he met a ghost who was really his mother. He was so scared that he had two heads and got smaller and smaller and purpler (and purpler).
He was so small he could fly into a beehive. He came out and buzzed all over the place and you can see the lines that he made.

Want to leave a comment? Is it something you wouldn't mind your mother seeing? Ok, go ahead then. Cancel reply 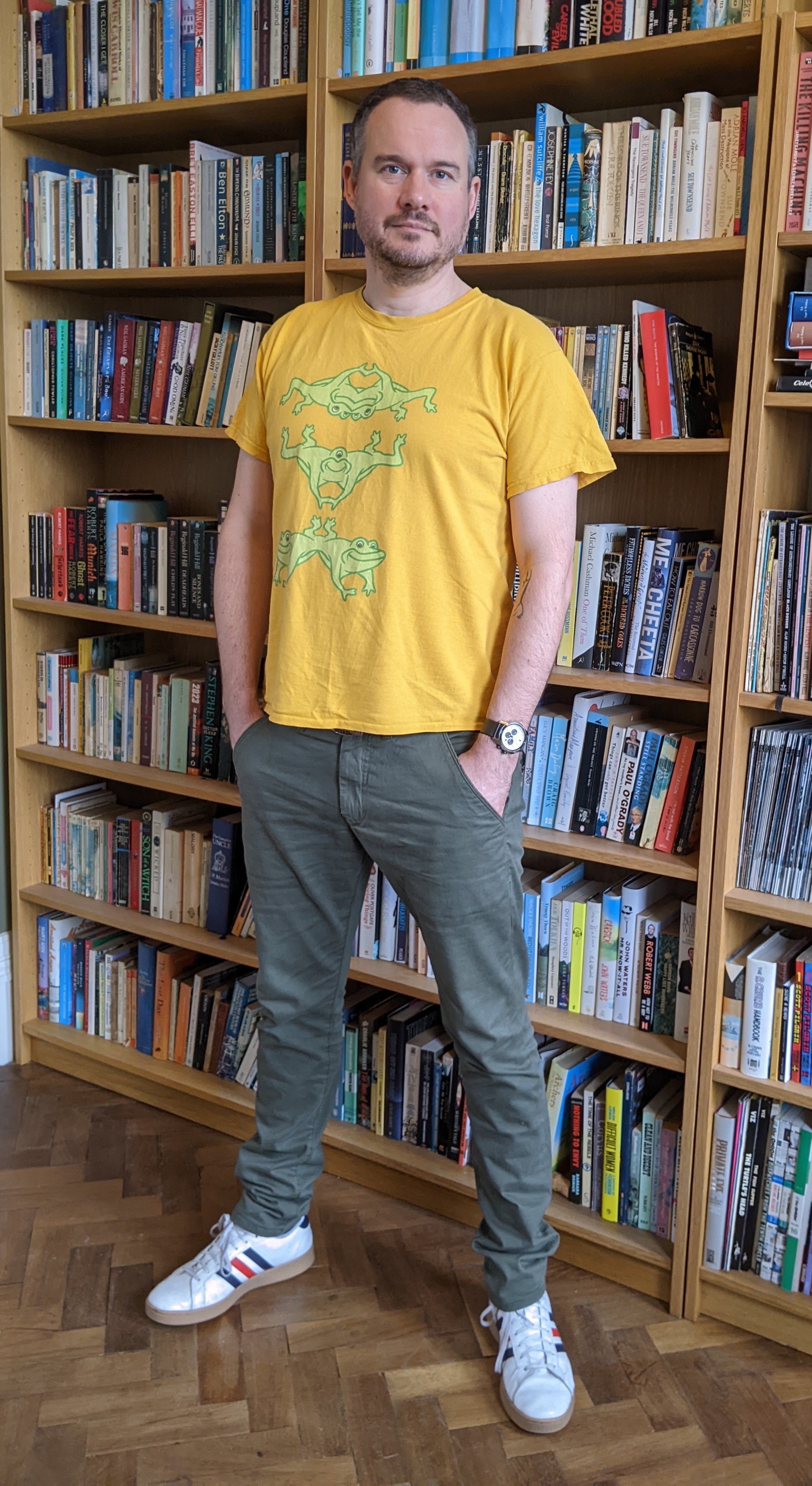