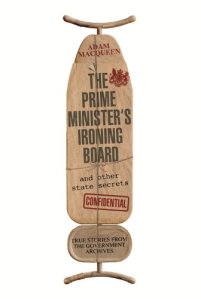 Stored in Whitehall’s archives are everything from blood-chilling warnings of imminent nuclear attack to comical details of daily life in the corridors of power. Concerned notes from ministers on the subject of the Heir to the Throne’s potential brainwashing by Welsh terrorists are shelved alongside worries about housemaids ‘on the wobble’ at Chequers.

Detailed and surprising plans for royal funerals sit beside reports on suspected spies in the showbiz world and bawdy poetry about the monkeys on the Rock of Gibraltar. And Mary Whitehouse’s complaints about the sex education syllabus nestle next to thank-you notes from prisoner 13260/62, also known as Nelson Mandela.

Adam Macqueen, author of the highly acclaimed bestseller Private Eye: The First 50 Years, has searched high and low to present us with some of the most unlikely revelations since the Official secrets act was inaugurated one hundred years ago. Not only about Mrs Thatcher’s ironing board, but Ted Heath’s car, Harold Macmillan’s bedroom carpet, Imelda Macros and her son Bong Bong’s trip to Buckingham Palace and President Eisenhower’s particular problem with Winston Churchill’s trousers.

Buy The Prime Minister’s Ironing Board from Amazon.

“*** – This entertaining trawl through the National Archives… Some undiscovered gems.”
Toby Young, Mail on Sunday

“A hugely enjoyable bran tub of revelations about our rulers’ fancies and foibles over the past century”
David Kynaston, author of Austerity Britain

“Adam Macqueen has harvested delicious proof of the vanity, oddity, stupidity and occasional wisdom of politicians… Macqueen reveals with panache, insight and wit a thousand secrets that delight and challenge credibility. Were these people really running the country? How did the nation survive rule by these vain, shallow, blundering leaders?… More revelations please, Mr Macqueen, before a rattled executive reverts to burying beyond our reach more miles of truth.”
Paul Flynn MP, The House Magazine

“Here’s the perfect bedside book to keep Julian Assange entertained in his embassy refuge: scores of government secret papers (declassified) culled from the shelves of the national archives by one of Private Eye’s brightest backroom boys… Thatcher’s strops over small things parade through these pages. But if there’s a real star surfacing anew it’s surely Harold Wilson, a natural acid wit who needed no help in writing his own scripts. How do you rescue a hostage from the clutches of Idi Amin? Maybe get the moderator of the Church of Scotland to send him a message. And how to reassure the Queen when that ‘well-known nutter’ Willie Hamilton MP does a republican rant? ‘Mr Hamilton is past praying for.’
Some modern mysteries are finally unravelled. It was Wilson who told Prince Charles to take up his personal beefs with ministers, rather than make speeches about them. A cross born to this day. And if you want to know how to build a new London airport follow the Heathrow example: lay down your runways in wartime, with no planning permission whatsoever. But basically, and irresistibly, we’re invited to look back and laugh. This is the way the Whitehall world ends: not with a bang, but a giggle.”
Peter Preston, Observer

“I enjoyed The Prime Minister’s Ironing Board (Little, Brown, £12.99) in which Adam Macqueen has dug out fascinating details about government that have gone largely unnoticed in the national archives.
It’s worth it for the description of the celebration in 1978 of the 50th anniversary of women’s suffrage. One particular female politician was already famous, and the then Labour government was absolutely determined to keep her out of the celebrations, including the Golden Gala at the Palladium, where, after agonising and cunning devices, Mrs Thatcher was banished to the stalls, where nobody would notice her.”
Simon Hoggart, Guardian

“As becomes apparent in this hilarious and troubling book, the Official Secrets Act should by rights be called the Official Silliness Act. Yes, there are certain secrets that the State must keep to safeguard its citizens. But the tales that officials decreed ‘should be locked away for decades’, and which Adam Macqueen has ‘rummaged in the archives’ and brought to light, are proof positive that we are ruled by idiots… What seems to be entirely lacking among Top People is perspicacity. In the Thirties, for example, ministers went out of their way to be nice to Mr Hitler… No doubt the farseeing mandarin who wrote in 1979 that Egypt’s Mubarak ‘is free of any taint of corruption or malpractice and he is not thought to have made many enemies’ will long since have pocketed his knighthood and a fat pension.
Macqueen recounts a hysterical saga abotu Mrs Thatcher’s jockeying to get into the Royal Box for a Palladium gala starring ‘Su Pollard and Noele Gordon from Crossroads‘. Another hoot was Whitehall’s attempt to cope with Imelda Marcos…
The chapter about atomic bombs is terrifying, as it was accepted there was no alternative to the end of the world. Though RAF helicopters would land on Horse Guard’s Parade to evacuate ministers, then ferry them to a bunker in Wiltshire, ‘the United Kingdom would be devastated in the opening days to such an extent that it could no longer function as a main support area’…
On a more cheerful note: if Clarissa Eden was called ‘a moody bigot and a pompous stuck-up cat, had a horrid face and looked more like a washerwoman than the wife of a prime minister’ in hate mail after a spat over laundry being hung out in her estate grounds, it is worth me taking my tablets to try and live another few decades just to find out what the Civil Service said about Cherie Blair.”
Roger Lewis, Daily Mail

“READ OF THE DAY: Ever wondered what’s inside those secret Whitehall dossiers? Private Eye’s Adam Macqueen has poked through declassified documents and, with an unerring eye for the unlikely, the hilarious and the noteworthy, come up with some gems… Written with the wit you’d expect from a Private Eye journo, this is an entertaining book with some serious nuggets, including accounts of atomic bomb testing and arrangements made for British citizens in the event of a nuclear war.”
Tina Jackson, Metro

“At last we have access to some really juicy secrets and can laugh about what really went on behind the doors of those in charge! Adam Macqueen has brought to the nation the facts we really want to hear about, the ones that really ‘beggar belief'”.
Sarah Clarke, The Bookseller

“A delightful political potpourri… As Mr. Macqueen, the British journalist who has compiled this marvelous collection asks: “Would it really have hurt the nation to know that Mrs. Thatcher was incandescent at public funds being spent on a new ironing board for Number 10? That Winston Churchill graciously offered to hold his Cabinet meetings elsewhere so Clement Attlee and his wife could take their time moving out of Downing Street? Or that the Queen disliked the movie ‘Beau Brummel’ so much that she threatened to stop going to the cinema altogether?… Dotted throughout this book are those wonderful fly-on-the-wall moments that would otherwise be denied to ordinary folk. A melange of high and low is key to this book’s irresistible quality.”
Martin Rubin, Washington Times

Want to leave a comment? Is it something you wouldn't mind your mother seeing? Ok, go ahead then. Cancel reply 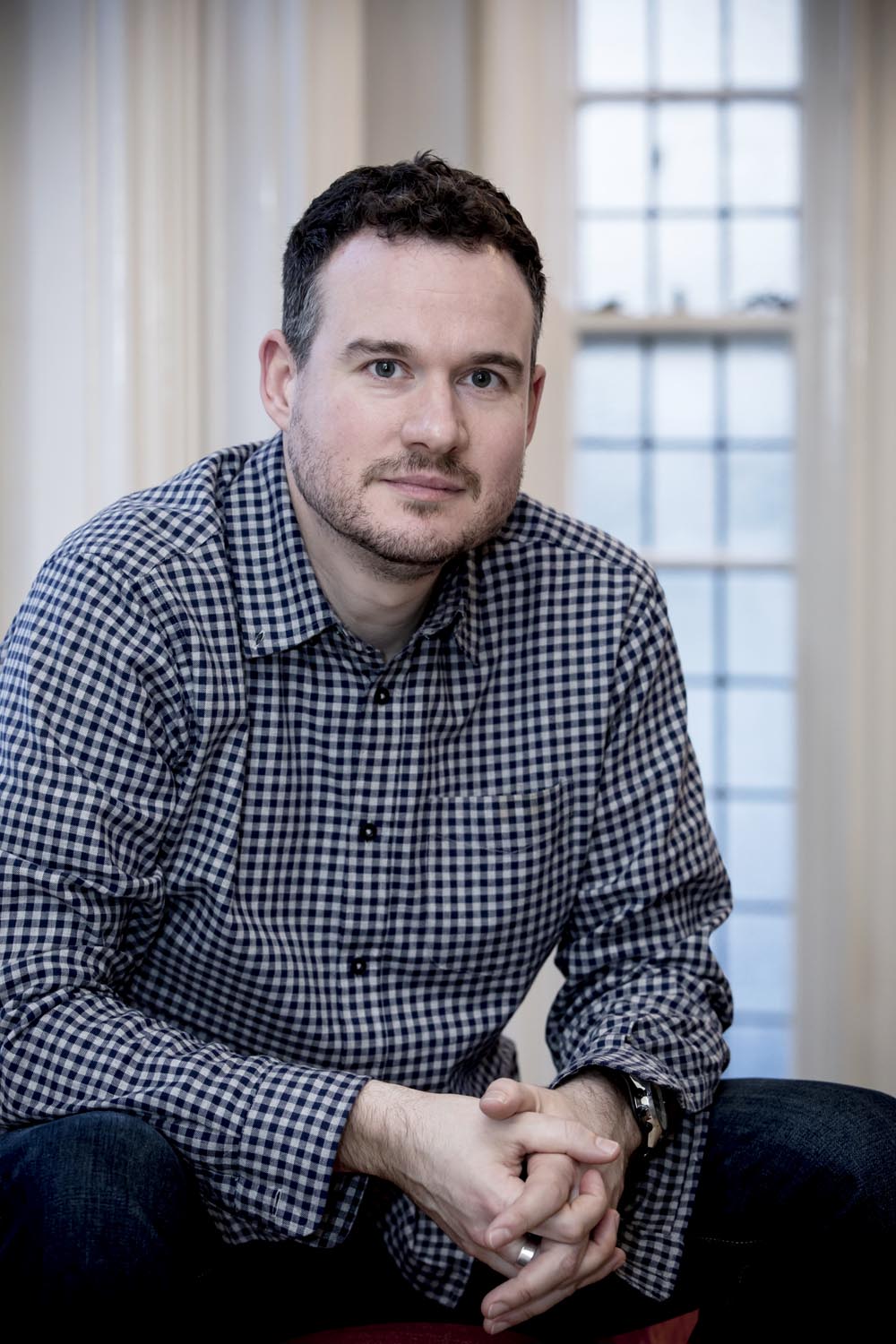